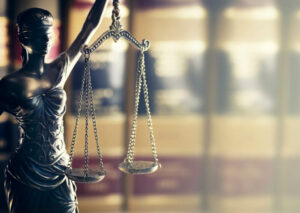 If you have been charged with a low-level offense in New Jersey, you may have received a summons complaint to appear in municipal court. While most offenses that are handled in municipal court are minor with relatively small consequences, don’t be fooled. Reach out to a member of our criminal law firm today to discuss your rights and how we can help you settle the matter swiftly and with as little impact on your life and family as possible. Here, our criminal defense attorneys explain what the municipal court system is in New Jersey and what cases will likely mean your appearance is required in municipal court. When you have a case that calls you to municipal court, the severity of an outcome that doesn’t go your way can be startling. Talk to a lawyer now at 201-654-3464 and get additional guidance on your case. You can trust our experience on your side to protect your rights if you’ve been summoned to appear in one of these courts in Essex County and throughout New Jersey.

The Decentralization Role of Municipal Courts

A number of types of minor offenses and disputes are addressed in New Jersey’s municipal courts. They include:

Penalties That May Result From Municipal Court Decisions

Depending on the offense for which you have been summoned to appear in municipal court, the penalties are wide ranging. Possible penalties for conviction of a disorderly persons offense are a hefty fine, jail time, community service, restitution, and probation. It could also result in a long-standing criminal record, which could affect your capacity to get hired in the future.

If you are charged with a motor vehicle offense, you could be penalized by having to pay a fine and receiving points on your New Jersey driver’s license. Depending on the severity of your motor vehicle violation, you could even face suspension of your license and jail time as a result of your appearance in municipal court. Other municipal offenses often result in fines, court fees, and restitution for damage done.

Municipal Court Process from A to Z

There are many steps to the process of a municipal court case, for which you’ll need the support of a skilled attorney. The first step of a municipal court case is the first appearance, in which the judge formally charges the defendant, and the defendant may plead guilty, not guilty, or no contest. Then, during a discovery process, your defense attorney and the prosecuting attorney will gather important information to argue your case. Over the course of the following weeks, during scheduled hearings for motions and discussions with the prosecutor, such items as plea bargains will be discussed and potential arguments involving rights violations or illegally obtained evidence raised. A motion is a procedural appeal that brings a contested issue regarding the case to the court, either in written or verbal form, filed by the defense attorney at the municipal court level. It can have a huge impact on the trial, the testimony or evidence that is allowed, and other key elements of the case.

This is one of the many reasons it’s essential to have the skilled defense representation of a municipal court attorney, because the course of the case could shift during the pretrial court dates. Motions hearings may be included here. Then, if and when the actual trial gets underway, it culminates in a disposition in which the judge determines the outcome. Note: a judge determines the verdict of a municipal court case. A defendant in New Jersey municipal court cases does not have the right to a jury trial. And if you are convicted, sentencing will follow. From this point, you have the option to appeal. 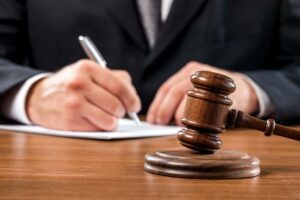 If you are convicted in a municipal court trial, you have the right to appeal the judge’s decision with the Superior Court. To do so, you must file a Notice of Appeal and pay for two copies of the court transcript to be delivered to the prosecuting attorney and the Superior Court. Your defense attorney will be a key ally in helping you appeal a municipal court decision, as these cases are very complicated and require advanced legal knowledge to fulfill all of the requirements and present a compelling case. Don’t attempt an appeal of your municipal court case on your own. This is perhaps the number one mistake you can make with any appeal, including other kinds like gun permit appeals and appeals of restraining order case decisions.

While municipal courts are the basest of the criminal and civil court system in New Jersey, they are no laughing matter. If you’ve been charged with a traffic violation or minor crime or are part of a civil dispute and have been summoned to appear in municipal court, contact our local office in Newark immediately. Our Municipal Court Defense Lawyers have successfully argued innumerable cases at the municipal court level in West Caldwell, West Orange, Roseland, Millburn, Belleville, Glen Ridge, Essex Fells and nearby towns. Contact our attorneys today at 201-654-3464 for answers to your questions and legal counsel. We provide consultations free around the clock.