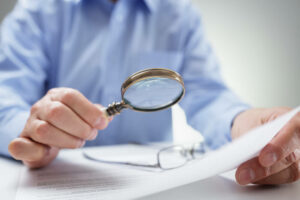 If you have been arrested for DWI, you face serious charges that could land you in jail, with a suspended license, driving only with an ignition interlock device, paying fines, attending IDRC classes, doing community service, and more.  This is not something to take lightly.  If you are looking into defense options to get your DUI charges dismissed, contacting a DWI attorney at our Newark office in Essex County, New Jersey to discuss your case and the possibility of suppressing evidence due to unlawful search and seizure by law enforcement would be a smart move.

A motion to suppress requests an exclusion of the evidence from a pending trial.  In advance of the trial, the defendant can petition the court to take out evidence based on the U.S. Constitution, the state constitution, or a specific legal rule that allows the exclusion of the evidence.  The motion to suppress evidence is based on the 4th Amendment and protects the defendant from “unlawful searches and seizures.”  That means there are procedures that law enforcement must follow for the evidence they garner from the search or seizure to be applied to the charges against the defendant.

One of the ways you can have evidence suppressed in your DWI case is by challenging the reason you were pulled over in the first place.  The police cannot make a traffic stop unless they reasonably suspect you have committed a traffic infraction. They also have to believe that you are behind the wheel while under the influence before you can be charged with DWI. So if you were stopped and they smelled a strong odor of alcohol, you could be detained. But any evidence obtained during that stop can be suppressed if their original motivation for the traffic stop is faulty.

For example, if it is reported by the officer that you were speeding and when the officer stopped you, they told you that they caught your speed on their radar equipment, you can argue that the equipment wasn’t correctly calibrated that day and it showed you were speeding.  The traffic stop is not justified, and any evidence gathered from the stop has the potential for suppression.

Breath test results demonstrating that you were intoxicated are also potentially susceptible to suppression. Your DWI attorney can propose and successfully prove that the equipment used to test your blood alcohol level was improperly maintained, used by someone unfamiliar with the device, or was a kind of device not usually used. Your lawyer can request the repair and maintenance records for the specific machine used in your case and can also request documents that prove the officer who conducts the Alcotest has a valid certification status to use the device.

You can also submit a motion to suppress any statements you made while in police custody if you had not been Mirandized beforehand.  Answering questions about what and when you had something alcoholic to drink, medications you may have taken, or drugs you had consumed before being read your rights allows you to request those answers be suppressed.

Many pieces of evidence are gathered at a DWI checkpoint or traffic stop.  Some of that evidence is collected through the Standardized Field Sobriety Tests.  The officer leads the driver through a series of tasks, such as standing on one foot, walking heel to toe in a straight line, and turning around. There exist possible causes for a false positive such as a female driver in high heels, the test being conducted on uneven ground, or medication and health issues that affect the driver’s balance while standing, such as weight, age, back, neck, or joint injuries. Also, non-standardized sobriety tests such as counting backward, reciting the alphabet backward, or touching your nose with your head back can also give a false positive.

Municipal Court Hearing on a Motion to Suppress Evidence of DUI

The lawyer for the defendant files a motion to suppress evidence that challenges the reason for the stop, the statements made before rights were read, the use of the breath test machine, or others.  Once the motion is filed, there will be a hearing in municipal court.  The prosecutor must establish the reasonableness of the stop and that the arrest was made through the preponderance of the evidence.  The attending officers give their testimony, and their dash-cam or body-cam footage is entered into evidence.  The defendant’s attorney will cross-examine the officers and then present their evidence.  They may have witnesses, or the defendant may testify to prove there was no probable cause.  Both sides will give closing statements, and the judge will make their ruling.

Recognizing the Defendant’s Burden of Proof

The defendant must argue its validity when challenging probable cause regarding a warrant.  The arguments used can be one or any combination of the aforementioned reasons. Evidence can be suppressed; false testimony omitted evidence or fraudulent testimony.  If there is no warrant, the burden lies with the state. 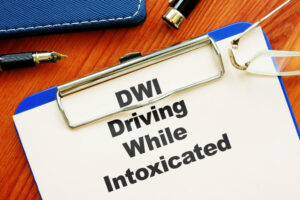 Defendant’s Privileges in These Situations

What Advantages Come from Suppressing Evidence in a DWI Case?

A successful suppression decision can get your DWI charge thrown out altogether.  If the prosecutor cannot use all or part of the evidence they have against you, their case often won’t be strong enough to consider going to trial.  You should seriously consider the advantage of contacting an attorney who frequently challenges driving while under the influence cases if you have been accused of a DWI offense.

If you are taken into custody, it is best to stay silent and request a lawyer. Frequently people are their worst enemies and will admit guilt to explain the situation.  For example, if you are pulled over and detained for suspicion of DWI, saying, “I had a few beers, but I thought I was OK to drive,” you have admitted to willfully getting behind the wheel after having had alcohol. By reserving your right to make any statements and letting your lawyer do the talking for you, your chances of providing evidence against yourself are lessened considerably.

A DWI charge is not a guaranteed conviction, and an experienced DWI attorney can file and argue a motion to suppress evidence obtained illegally, possibly getting your charges dropped.  Our DWI lawyers will work your case from every angle, investigating any possibilities to suppress the evidence used against you in Maplewood, Millburn, Verona, West Caldwell, Roseland, Livingston, Nutley, and other towns in the greater Essex County area.

If you have been charged with DWI, don’t wait another minute to find legal representation.  You deserve someone fighting in your corner, providing you with the best defense possible.  Call us at 201-654-3464 or request a consultation free of charge online.