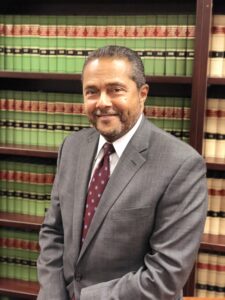 Louis Acevedo is a highly accomplished criminal defense attorney with over 30 years of experience practicing criminal law in New Jersey. With an established track record of success defending clients charged with all manner of crimes, his knowledge and tactical skill is virtually boundless. Prior to his joining The Tormey Law Firm, LLC., Mr. Acevedo served on behalf of the New Jersey State Office of the Public Defender for several decades, during which time he represented clients facing charges ranging from aggravated assault, to terroristic threats, to homicide. His lengthy list of wins includes negotiating criminal matters subject to a presumption of incarceration to non-custodial resolutions, including achieving Pre-Trial Intervention for a client charged with murder. In fact, Mr. Acevedo was the Chief Public Defender in Bergen County for many years, supervising the entire office and handling a wide range of felony criminal matters in Bergen County Superior Court located in Hackensack, New Jersey.

Through intensive investigation, legal research and writing, and deft application of the law, Mr. Acevedo seeks to deliver the best possible outcomes, often allowing his clients to maintain their freedom in the face of overwhelming odds.

Handling every aspect of the criminal process, from first appearance to pre-trial motions, trials, sentencing, appeals and post-conviction petitions, Mr. Acevedo has been tested and proven to successfully advocate for criminal defendants and assist with navigating the many challenges of procedure and prosecution in New Jersey criminal courts. Having achieved a reputation for excellence in criminal defense practice, he became an educator and mentor to dozens of new attorneys, offering invaluable insight into best practices, professionalism and all aspects of public service and litigation. He was also responsible for the administration and management of all aspects of the regional district and over sixty staff members, including sixteen staff attorneys, over thirty of-counsel attorneys, eight investigators and ten administrative support staff.

With tireless dedication, he has participated and practiced in a vast array of specialized areas within the realm of criminal law in New Jersey, such as special interest criminal cases, the Juvenile Section, and the Conflict Unit in Bergen County. This knowledge and experience makes him a formidable opponent for any prosecutor, whether advocating for his clients at the negotiating table or litigating a case at trial.

Mr. Acevedo began his journey to the law when he attended John Jay College of Criminal Justice, where he obtained a Bachelor of Arts degree in Psychology, Deviant Behavior and Social Control. After graduating, he went on to obtain a Juris Doctor from Seton Hall Law School, where he has subsequently served as an adjunct professor. In fact, his legal teaching includes an advanced course in the evolution, theory and application of the Fourth Amendment to the United States Constitution, one of the particularly relevant Constitutional rights often applicable when defending criminal cases.

Mr. Acevedo is admitted to practice law in New Jersey, New York, United States Supreme Court and Federal District Courts in New Jersey and the Southern District of New York. His enduring, coveted career in service of justice and protecting the rights of the accused in courts in Bergen County, Passaic County, and beyond, make him an extraordinary asset to the Tormey Law Firm’s clients, who place their trust and their futures in his competent hands.

Mr. Acevedo handles most of the major crimes cases for the Tormey Law Firm including current matters in 2021 including an attempted murder in Passaic County, illegal gun possession cases in Hudson County and Union County where he is currently arguing a suppression hearing, and a kidnapping and aggravated assault case in Essex County involving an alleged assault with a weapon.