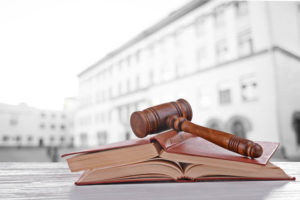 In New Jersey, you can be charged with either an indictable offense (felony), disorderly persons offense (misdemeanor), or a violation of a municipal ordinance (town code violation). Each offense requires at least one court appearance and may result in the imposition of certain fines and penalties if convicted. The specific court you attend, the fines, penalties, and overall consequences for the offense vary depending on the type of charges filed against you. If you have been summoned to appear in a New Jersey Municipal Court, you may be accused of a disorderly persons offense or a municipal ordinance violation. It is important to understand the differences between disorderly persons offenses and violations of local ordinances before appearing in court or pleading guilty.

Our team of knowledgeable criminal defense lawyers has spent years fighting back against municipal charges in Newark, Caldwell, Wayne, Clifton, Livingston, Montclair, Millburn, Short Hills, Maplewood, and surrounding areas. For more information about the distinction between criminal offenses and municipal ordinances in New Jersey, continue reading and contact us today at (201)-654-3464 to discuss your individual case with a lawyer who can help.

Differences Between Crimes, Offenses, and Violations in NJ

In New Jersey, we loosely use the term “crime” to generalize the filing of a complaint against a person for some form of criminal conduct. But the fact is that the word “crime” under the law in this state only refers to indictable offenses (also known as felonies). Crimes are broken down by degrees categorized as first, second, third, and fourth degree. The distinction between a crime and a disorderly persons offense or municipal ordinance is that if convicted of a crime, you can spend time in state prison and will have a felony criminal record. The criminal record will impact you more severely because, if asked, you must report a conviction for a felony offense on employment and educational applications. Additionally, a conviction for a crime could preclude you from obtaining certain licenses, student loans, or job opportunities. Certain felonies can never be removed from your record through the process of expungement either.

In contrast, a violation of a town ordinance is not considered a criminal offense. Town ordinances are enacted by local governments to either prohibit conduct by individuals or to require certain conduct for the overall well-being of the community. For example, if you play music too loudly or stay up to late and disturb the peace and quiet of the neighborhood, you may be given a citation for violation of a noise ordinance. Likewise, the town may require a property owner to cut their grass regularly and if you fail to do so, you could be charged with a violation. Or, if your child is caught with drinking alcohol while underage, he or she could be charged with a violation of a town ordinance prohibiting underage drinking. Notably, underage possession or consumption of alcohol is also a criminal offense in New Jersey, so knowing whether you are facing an ordinance or a criminal charge is essential when handling your case in municipal court.

The upside of being charged with a town ordinance as opposed to an indictable or misdemeanor offense is that you do not need to answer “yes” to a question about whether you have ever been convicted of a criminal offense, which can significantly alter your future prospects. In addition, you cannot go to state prison for underage drinking, not cutting your grass, or playing your music too loudly. For this reason, attorneys often resolve criminal cases by way of downgrade to ordinance violations. Like disorderly persons offenses, these violations are heard in municipal court.

If you have been charged with a felony/indictable offense, you will be required to go to court in the Superior Court in the county in which the alleged crime occurred. For disorderly persons offenses or violations of town ordinances, you will be given a notice to attend Municipal Court in the town in which the alleged violation occurred. Some municipal courts may have court heard on specific dates and times, while extremely busy courts may be open every day. Your notice to appear in court will have the time, date, and location set forth and you are expected to appear on the stated date and time.

When attending municipal court, you must be prepared to speak with the prosecutor and enter a guilty or not guilty plea. Criminal defense attorneys that are familiar with the court can attend with you, speak with the prosecutor on your behalf, and guide you through the process to follow to secure the best outcome. At the end of the case, the charges may be dismissed, resolved by plea, or you may be found not guilty or not guilty after a trial before the presiding municipal court judge. A criminal history or background check will reflect whether you were found guilty of a disorderly persons offense or if the charges were dismissed.

Can Disorderly Persons Offenses and Municipal Ordinances be Expunged in NJ?

Municipal ordinances, which are basically tickets, will not have the same impact on your future as other criminal offenses. However, disorderly persons offenses and ordinance violations may be expunged if you meet eligibility requirements. In New Jersey, the law allows for certain records to be expunged to essentially clear your criminal history. Certain felony crimes, disorderly persons offenses and violations of ordinances can be expunged. An expungement wipes your criminal record of offenses clean, after which it appears as though you never existed within the system. An expungement will make your record invisible to employers, thereby making it easier for you to seek employment, loan, school, and other opportunities. An expungement can also put you in a better position when applying for a permit to own a firearm.

Regardless of what type of offense you have been charged with in New Jersey, you should seek the assistance of counsel. Speaking with an experienced criminal defense lawyer who can evaluate your unique circumstances is the best way to understand your rights, the potential outcomes that may result in your case, and what can be done to achieve the best result. Whether the offense is a felony, disorderly persons offense, or ordinance violation, you may be facing unexpected consequences. Some cases can result in jail, fines, and additional violations if not abated or corrected. To speak with an attorney who can advise and assist you, call (201)-654-3464 for a free consultation.

Evidence in a NJ Drug Case