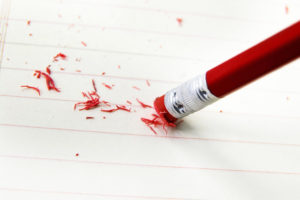 If you are not sure about getting an arrest and/or criminal conviction expunged from your record, it is important to consider the impact an expungement will have on numerous aspects of your life. An expungement seals your record from the public. This type of sealing can impact you professionally, educationally, and financially because it allows you to move beyond your past experiences. In limited situations, however, your background may still be visible despite successfully expunging your record. For example, when applying for certain types of employment opportunities your background may be still visible when undergoing higher-level background checks. Despite this, isolating your background from the public will give you the ability to start over.

If you have disorderly persons charges on your criminal record and are thinking of applying for an expungement, call our experienced lawyers today to see if you are eligible. We can assist you with removing one or several disorderly persons and petty disorderly persons offenses in Newark, Verona, North Caldwell, Nutley, Millburn, Maplewood, Bloomfield, West Orange, Livingston and throughout Essex County, New Jersey. Please feel free to contact us 24/7 at 201-654-3464 for a free consultation.

How do I Remove a Disorderly Persons Offense from my Record in New Jersey?

What is the Waiting Period for Expungement of Disorderly Persons Offenses in NJ?

The person, if eligible, may present the expungement application after the expiration of a period of five years from the date of his or her most recent conviction, payment of any court-ordered financial assessment, satisfactory completion of probation or parole, or release from incarceration, whichever is later.

Additionally, an application may be filed if less than five years have expired when the court finds:

I have one New Jersey disorderly persons offense and a couple of misdemeanor offenses from other states. Can I get them expunged in New Jersey too?

What if I was arrested for a disorderly persons offense but it was dismissed?

What if my disorderly persons charge was downgraded to a municipal ordinance violation?

A person that has been found guilty of violating a municipal ordinance and who has not been convicted of any prior or subsequent crime, whether within this State or any other jurisdiction, and who has not been adjudged a disorderly person or petty disorderly person on more than two occasions, may file an expungement petition after the expiration of a period of 2 years from the date of a person’s conviction, payment of fine, satisfactory completion of probation or release from incarceration, whichever is later. Municipal ordinance violations commonly are disposed of by the payment of fines. As a result, these types of violations are considered quasi-criminal in nature and can help you avoid having to admit to being convicted of a criminal offense if and when you are asked on an application.

I want to expunge a disorderly persons offense in NJ, What is the expungement process like?

First, we begin by requesting a Certified Disposition or Judgment of Conviction from the Court. These documents are records that indicate the results of a Court proceeding. Next, we draft the expungement documents, have the client review the drafted documents, and send it off to the Court. Once the petition is filed and it is received back, we then serve government entities with an order setting a hearing date. This hearing is usually administrative in nature, and the parties that must be served include: the Attorney General of the State of New Jersey, the Superintendent of the New Jersey State Police, the Police Department giving rise to the charge, the Municipal Court giving rise to the charge, the County Prosecutor’s Office, the County Sheriff’s Department, the County Probation Department.

These parties will be served for each arrest/conviction so locations are dependent on the number of arrests/convictions and where they occurred. In some instances, the prosecutor may object to the expungement so the process may be prolonged to demonstrate one’s eligibility. If the expungement successfully goes through, the final order of expungement must again be served on the above entities. Finally, then we wait for the information to be removed from the New Jersey State Police’s databases. Currently, the time for the process takes about eight months to one year.

To find out more about your potential expungement for disorderly persons offenses in New Jersey, call 201-654-3464 today. Our knowledgeable expungement attorneys are available immediately to answer your questions and discuss your record and eligibility. We are here 24/7 to provide you with a free consultation.