Expungement of an Indictable Offense 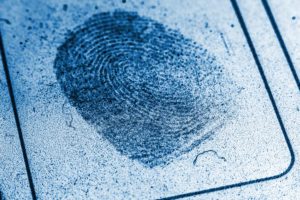 Have you been charged with an indictable crime in New Jersey and are seeking an expungement? An expungement seals your record and prevents the public from being able to readily access your criminal history. Expunging your record allows for a fresh start, provides opportunity for career advancement and more. However, there may be high level security clearances and types of criminal background checks where your history, even if it is expunged, can still be viewed. Some examples of this often include applying for certain types of work (i.e. government positions) or even applying for a firearm identification card in this state. Despite this, expunging your record can give you a clean slate to move beyond certain criminal charges. There are requirements when it comes to which crimes and offenses can be expunged. For instance, expunging a felony, also known as an indictable offense, is subject to extensive eligibility criteria and certain indictable crimes are not eligible to be expunged.

Since there are numerous charges that are considered indictable in the State of New Jersey, call our experienced Essex County Felony Expungement Lawyers today to see if your charge is eligible for an expungement. It is important to note that one’s entire criminal history (including any disorderly persons violations, petty disorderly persons violations, etc.) must be examined to determine expungement eligibility. We have extensive background in this area and can help you assess the situation and if eligible, handle the entire expungement process on your behalf. Our attorneys provide 24/7 free consultations and we invite you to call 201-654-3464 to learn more.

Expungement of an Indictable Offense in New Jersey

Criminal offenses are governed by Title 2C of the New Jersey Code of Criminal Justice. When allegations of a criminal offense are present, a defendant may be charged by either law enforcement or a citizen. Following the issuance of a Complaint, he or she may be arrested and/or required to appear in Court before a Judge for a first appearance. The type of charge depends if the matter will be heard in the Superior Court of the County or in the Municipal Court giving rise to where the matter took place. If a defendant does not appear at the first hearing, a warrant may be issued his or her arrest.

What is an indictable offense in NJ?

An indictable offense is considered a felony in other states, and it addresses crimes that have a presumption of incarceration. In other words, an indictable offense suggests that a defendant may go before a grand jury to be formally charged with a crime and a prosecutor may present evidence to a grand jury regarding the allegations. If the defendant is formally accused, then he or she may subsequently stand trial. Typically, the next step is the arraignment and it occurs approximately fourteen days after an indictment. The arraignment is a defendant’s official notice of charges. Usually defendants who have not pleaded may continue negotiations or prepare for trial and attend status conferences with the Court.

Indictable Felony Offenses include, but are not limited to:

In some instances, and prior to indictment, the prosecutor’s office may downgrade a charge, remand it to the Municipal Court, or dismiss the charges. At any time, the defendant may be offered a plea agreement. A plea agreement is an arrangement that is often negotiated between the prosecutor and the defendant’s attorney. Once an individual enters a plea and is sentenced, he or she must complete the fines and requirements of said sentence in order for it to be complete. Completion of the sentence then determines when you may file for an expungement.

Process for Expunging a Felony Crime in New Jersey

Not sure which Court has your documents? That’s ok. If you know the town or county where the charges took place, we can contact the Superior Court to see if the matter was in that Court or in the Municipal Court. What if the matter took place so long ago that I have no idea where or when the matter was from? Sometimes the best place to get a comprehensive overview of one’s criminal history is to get a background check if you are unsure of how many cases you have or really do not recall details related to your criminal matter(s). It is critical to know how many charges, arrests, types of crimes you have in your criminal history because ultimately it will determine if you are eligible for an expungement. Thus, getting a background check can help you with this first step in determining expungement eligibility.

Once we receive the certified dispositions back from the Court, we then draft the expungement petition and orders for your expungement petition. The expungement process is governed by 2C: 52-1 through 2C: 52-32.1 and requires that specific information is included in the petitioner’s petition and drafted orders. More precisely, the petitioner must include his or her address, date of birth, particular details related to each crime, a prayer for relief (i.e. what exactly you are petitioning from the Court), a signed certification from the petitioner, and a notary acknowledging the signature is true. Following the drafting and signature step, we then file the petition. This part is where an original and two copies of the petition/orders are sent to the Criminal Division of the Superior Court in the county where the petition is being filed, the Prosecutor’s Office of that same County, and the Superintendent of the New Jersey State Police.

Next, an order is sent back to the petitioner setting a hearing date for the matter with a copy of the filed petition. The hearing date is merely administrative in nature and usually does not require a physical appearance. Once these items are received, multiple entities are served copies of the filed petition. That means via certified mail, the Attorney General of the State of New Jersey, the Superintendent of the New Jersey State Police, the local Police Department and Municipal Court in the venue of the arrest/charge took place, the Prosecutor’s Office for the venue giving rise to the charge, the County’s Sheriff’s Office, and the County’s Probation Department. This happens for each location of the petitioner’s arrest/charge.

Depending on the amount of charges, there can be countless entities served. For example, let’s say you have an arrest in Bloomfield, New Jersey resulting in a dismissal of the charge through PTI for an unlawful possession of a weapon charge in 2016 and a local ordinance violation in Hackensack in 2012. You would need to serve the Attorney General of the State of the State of New Jersey, the Superintendent of the New Jersey State Police, the Hackensack Police Department, Hackensack Municipal Court, the Bergen County Prosecutor’s Office, Bergen County Sheriff’s Department, the Bloomfield Police Department, Bloomfield Municipal Court, the Essex County Prosecutor’s Office, Essex County Sheriff’s Department, and the Essex County Probation Department. It is important to “get it right” the first time because mistakes with the petition, improper service, or needing to amend the petition will lead to having to re-serve entities and can result in significant costs for the petitioner.

There have been times where the Judge has set the hearing date and after all the entities have been served, the County Prosecutor in the venue kicks back the petition for a variety of reasons (i.e. each charge/arrest was not listed on the original petition, etc.). Then, everything needs to be re-served on all of the entities. Ultimately, once all of the green cards are received back from the certified mailers, then an affidavit of service must be sent to the Court. Should the expungement successfully go through, and a final order comes in comes from the Court and all entities must be served again. Finally, it takes approximately 14-16 weeks after the service of the order from the Office of Attorney General, Division of the New Jersey State Police indicating their bureau files have been corrected to remove the information of the petitioner from the Identification Division and FBI. This concludes the process of filing for an expungement.

There are various steps included in filing an expungement involving indictable felony charges in Essex County and throughout New Jersey. It can be quite costly, time consuming, and somewhat confusing for an individual to file an expungement petition on his or her own. Luckily, our firm charges a flat fee so you know what to expect upfront and can ensure that all stages of the process are handled with the utmost care and attention. If successful, it can take months for an expungement to go through. Therefore, it is important not to waste your time and get it correct the first time. Call 201-654-3464 today so that trust indictable expungement attorneys can take care of getting your petition filed and/or determine your eligibility. A free expungement consultation is available to you in Newark, Bloomfield, Verona, Cedar Grove, West Orange, Millburn, Nutley, Belleville, and surrounding areas.