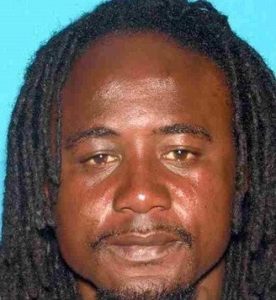 A Newark man who pleaded guilty to aggravated sexual assault charges has been sentenced to more than two decades in prison. The defendant in the sex crime case was Michael Knight, a 40-year-old resident of Newark, New Jersey. He was accused of violently attacking a female student on the New Brunswick campus of Rutgers University in 2016. According to Middlesex County prosecutors, Knight followed the victim on the Rutgers campus during the early morning hours of May 4, 2016. When the victim got to College Avenue and Seminary Place, Knight allegedly beat her in the head and then dragged her to the side of a building and tried to rape her. While Knight was committing the sexual assault, a group of people walked by and stopped him. As the others chased after him, Knight reportedly told them that he had a handgun and would shoot them if they continued to follow him.

After the violent incident, New Brunswick police released a mugshot of Knight to the public. (The mugshot was from a prior arrest.) Knight later turned himself in to police and was placed under arrest.

Now Knight has been officially sentenced in the case. He recently appeared in the Middlesex County Superior Court for a sentencing hearing. The superior court judge approved the plea deal and sentenced Knight to a term of incarceration of 22 years in NJ state prison. Since aggravated sexual assault is a violent crime covered by the No Early Release Act (NERA), Knight will be required to serve at least 85 percent of his prison term before becoming eligible for release on parole. Additionally, Knight will be required to register as a convicted sex offender under Megan’s Law after he completes his prison sentence.

If you face criminal charges of sexual assault, criminal sexual contact, or any other sex crime in Newark, NJ, you need an aggressive criminal defense attorney handling your case. Newark criminal lawyer Travis J. Tormey will help you fight your charges and avoid the most severe penalties. Contact Attorney Tormey today for a free initial consultation.

Newark Man Gets 15 Years for Decapitation of Woman