Understanding a Shoplifting Case when You are Facing Charges

What to Know when You have been Charged with Shoplifting in Essex County, NJ 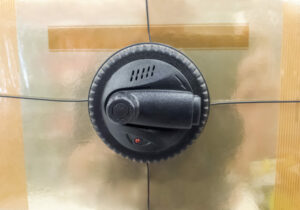 ou have been arrested for shoplifting from the local hardware store, and the store owner wants to press charges. Though you may be feeling hopeless and scared, talk to a criminal defense attorney about what happened before you talk to the security guard, store owner, or police to protect your rights. After, you may better understand the consequences and opportunities ahead. No doubt, shoplifting is a serious matter, but you do not have to face the charges against you alone. A criminal defense attorney can explain the various degrees of shoplifting, the accompanying penalties, and the defense strategies available to you. You want to avoid a shoplifting conviction, if possible, as it may affect your current or future employment and career opportunities, and much more.

The Various Ways You can Violate NJ Shoplifting Law

But even if an accused did not take anything from the store where they were detained, the state can still charge them with shoplifting. Just having devices meant to counter anti-shoplifting security measures in their possession could get them arrested. So, for example, having a device that demagnetizes the clothing security strips that prevent theft could be shoplifting. So, when the security guard questioned the accused for suspicious behavior in the store and found the devices, it looks like they intended to shoplift. Or perhaps they had a device that changes the price tag bar codes so that a cashier would ring up the item for a lower price than what the store normally charges for the item. That, too, is a form of shoplifting, even if they never made it to the cashier before getting caught.

Since shoplifting is an intent crime, evidence of intent to commit the crime may be enough. For example, if an accused shoplifter put a more expensive pair of shoes in a box priced for a cheaper pair of shoes with the intent to purchase the shoes at a lower price but was caught before reaching the cash register, the store owner or security person in the store may interrogate them for shoplifting. Because the law presumes they intended to shoplift if items are hidden on their person while in the store or they had a shoebox with the wrong shoes in the box, an individual can shoplift without leaving the store. These are also instances of shoplifting. And one can also be in trouble for taking a supermarket shopping cart from the store parking lot to carry their groceries home without intending to return it. These are all instances of shoplifting.

How Bad a Shoplifting Charge can be in New Jersey

A shoplifting conviction may cost you time, money, and freedom. But how much depends on the value of what you shoplifted. And if you shoplift more than one item, the aggregate value of all items determines the value for purposes of charging the accused with an indictable crime or a disorderly persons offense. Or, an accused who shoplifted multiple times may expect the crime degree to correlate to the aggregate value of all stolen items. For example, if the items lifted total between $200.00 and $500.00, you could spend up to 18 months in jail for a fourth degree crime conviction.

If the items you took are worth $500.00 but no more than $75,000.00, you are looking at a maximum five-year prison sentence for third degree shoplifting. And anything over $75,000.00 is second degree shoplifting. For a second degree crime conviction, you face up to ten years in prison. And for items valued under $200.00, you are looking at a disorderly persons offense with a possible six months in jail. Possessing a device to render security devices useless is also a disorderly persons offense.

The law also requires that a convicted shoplifter perform community service in addition to incarceration and fines. For example, a first-time offender must serve ten days of community service. A second offense requires 15 days and a third or more 25 days. And after two prior shoplifting convictions, the accused must serve 90 days in jail. But the punishment by law only applies if you are convicted.

What to do if You have been Charged with Shoplifting in Newark, NJ

When you hire a criminal defense attorney, they will look at every detail of your situation to determine if any actions on the part of the storeowner, security guard, police, or prosecutor are illegal. If so, they might try and get the case dismissed. For instance, though a security guard or store owner caught you with merchandise, that does not mean you will be convicted for shoplifting. A good criminal defense attorney can hear your story about what happened and find evidence that you were treated improperly in violation of your rights. So, while the law allows for a security guard or merchant to detain you and even arrest you without a warrant for shoplifting, that does not mean that either acted properly.

If there is not a defense that can be used to get your shoplifting charge dropped outright, your lawyer may still try to plea bargain with the prosecutor and get your charges downgraded. If there are extenuating circumstances or arguments to be made, the prosecutor might agree to downgrade a fourth degree crime to a disorderly persons offense, or a second degree crime to a third degree crime, so you can avoid jail or a lengthy prison term. Likewise, if your criminal history is clear, this might allow you to complete the Pre-Trial Intervention program or conditional dismissal program. Either program can lead to charges being dismissed and keep your record clean.

At the end of the day, you won’t know what can be done to successfully handle your shoplifting case until you contact an attorney to find out what is best for your situation. If you have been charged with shoplifting anywhere in Essex County, including in Newark, Montclair, Bloomfield, South Orange, West Orange, Maplewood, Millburn, Short Hills, or another town, call 201-654-3464 to talk through the details of your case with an experienced criminal defense attorney. The free consultation can be your first step toward beating your theft case.

Understanding the Meaning of Conditional Dismissal in NJ

Types of Illegal Weapons that can get You Arrested in NJ