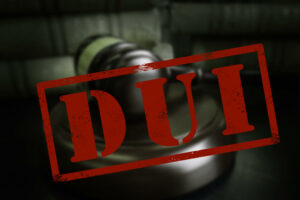 Police officer training entails finding clues to solving crime in all kinds of situations. Using the tool of keen observation, a trained officer can detect suspicious behavior when they stop you in the street, in your car, or after a motor vehicle accident. If they pull you over, it may be for various violations: swerving in traffic, driving too slowly, driving without headlights, tailgating, failing to signal turns, turning too wide, drifting, or going through a stop sign. Any of these violations may raise suspicions of impaired driving and prompt a stop in New Jersey. And though most people are nervous in police-related interactions, trained law enforcement knows how to detect signs of extreme nervousness and impairment supporting a DUI/DWI arrest. As such, when an officer pulls a driver over for an expired registration tag, they immediately turn to their senses to investigate if a crime has taken place or is taking place. They may smell, see, or hear incriminating evidence by looking into the driver’s open car window.

The first sensory clue may be smelling alcohol or marijuana in the car or on the driver. An officer may then investigate the vehicle for evidence of drinking or drugs, such as empty beer cans or bottles. Next, they look closely at the driver’s mannerisms: the way they move, their eyes, and their speech. Even if they do not smell drugs or alcohol, they may hear the driver slur words and note delayed responses or unintelligible speech. Their arms may gesture wildly or without coordination, and their eyes look bloodshot or glassy with lids half-closed. Overall, they may seem confused. But red eyes, uncoordinated movements, and even confusion may be signs of medical conditions. So, the combination of body signs and the smell of alcohol more likely prompts a full investigation of impaired driving. Signs of drug impairment may be dilated pupils, sweating, jitteriness, or powdery substance residue around the nose. Either alcohol or drug impairment may cause a driver to be aggressive or passive.

After noting the driver’s demeanor, an officer may ask a driver if they drank, took drugs, or were on medications. An impaired driver may reveal information to the police that supports the probable cause for a DWI arrest. In other words, they may confess that they drank or took drugs. Typically, the police administer field sobriety tests if the suspect admits to drinking or the police suspect is drunk driving. Several clues suggested by the National Highway Traffic Safety Administration indicate drunk driving to justify the test, like difficulty getting out of the car or removing the keys from the ignition. Other signs may be fumbling with their vehicle paperwork, leaning on the car for balance, repeating questions, or answering questions incorrectly.

Officers often ask you if you know why they stopped you. The question fishes for an admission of wrongdoing from you. And asking you if you had drinks or drugs does not require you to answer the question. Instead, you might politely ask the officer why they ask you that question. Then, you might find out what they found suspicious about your driving. After an arrest, an officer may search the suspect’s car, but not before an arrest without reasonable belief that a crime has occurred, is in progress, or the car contains evidence. An officer needs probable cause for the stop and a search. Barring any exceptions, an officer needs a search warrant to search a car as people have constitutional rights not to have unreasonable intrusions into their privacy from the state.

If the police search your vehicle and find evidence of other crimes, like firearms possession, receiving stolen property, or theft, they can charge you with the associated crimes. What most drivers may not know, however, is that they do not have to answer police questions during a traffic stop. A driver must provide the officer with a driver’s license, registration, and insurance proof, but they can courteously decline to answer questions.

A driver may display one or many impairments to justify field sobriety testing, which measures their ability to balance, concentrate, follow directions, track with their eyes, and count. An officer may administer three tests, one-legged stand, horizontal gaze nystagmus, and walk-and-turn. If a driver fails the sobriety tests or performs badly, an arrest follows and probably a breathalyzer test to confirm the driver’s blood alcohol content. And while you can refuse a field sobriety test, you may not deny a breathalyzer test in New Jersey. A refusal to take the breathalyzer test typically leads to a DWI charge and a refusal, which is a separate violation. You may, however, refuse a blood sample or urine test unless the officer has a warrant. If an officer suspects the driver is under the influence of drugs, they may call upon a specialist, a drug recognition expert officer, to investigate the suspect. The specialist’s extra training allows them to confirm an officer’s suspicion of drug intoxication.

After a DWI arrest anywhere in New Jersey, you should get help defending yourself. A DUI/DWI has long-lasting and damaging results. However, with a solid DUI lawyer, you may find your chances of beating a DWI are higher than you think. For example, a police officer who states they pulled you over for swerving may not demonstrate they had a reasonable belief you committed an offense before stopping you. During a probing cross-examination by a defense attorney, an officer who states they pulled you over for swerving may reveal that there was no reason for pulling you over, especially if a video shows the same. The police cannot pull you over for no reason or wrong reason. If they do, the evidence they gather against you and the arrest that follows the stop may violate your rights.

In addition, the officer’s body cam or video cameras in the surrounding area may disprove what an officer testifies you did, acted, or appeared during the stop or field sobriety tests. And if the officer did not follow protocol for administering a breath test or field sobriety test, the results are suspect. Thus, do not assume that you have no defense against a drunk driving or driving on drugs case. Our talented DWI defense lawyers handle countless amounts of these cases in Essex County and throughout New Jersey, including in Montclair, West Orange, South Orange, Newark, Bloomfield, Nutley, and Essex Fells. We successfully try drunk driving cases and drugged driving charges and work hard to find reasons to get these cases dismissed.

Our team is prepared to identify your best opportunity to challenge a DWI. Contact a local drunk driving attorney at our Newark office who handles cases like yours and find relief knowing you have a skilled ally. A free consultation is available 24/7 at (201)-654-3464.

Criminal and Motor Vehicle Charges from a Traffic Stop: What Happens if it goes Wrong