With offices in Newark, NJ 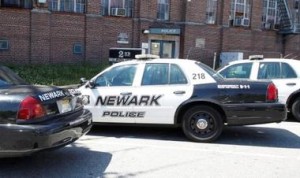 The Tormey Law Firm recently represented a client whose sibling had charged him with Aggravated Assault, a second degree criminal offense. This offense carries penalties of five to ten years in a New Jersey State Prison as well as a fine of up to $150,000. Following an argument between our client’s mother and the sibling, our client intervened in order to prevent the sibling from assaulting their mother. The police responded to the home and interviewed several members of the family, eventually leaving without placing anyone under arrest or filing any charges. Two days later, the sibling went to the police department and filed her own complaint against our client, alleging that he punched her several times, kicked her while she was on the floor, and caused her serious bodily injury.
After appearing in the Essex County Superior Court, our firm was able to convince the Prosecutor that the evidence in the case was very weak. As a result, the Prosecutor agreed to downgrade the charge from the second-degree crime to simple assault, a disorderly persons offense. The case was sent back to the Belleville Municipal Court for further proceedings. Following several appearances and negotiations with the prosecutor and the alleged victim, it became apparent that the victim would not agree to any sort of negotiated agreement in order to resolve the case. At that point, we had our client file his own complaint against the sibling for the injuries she caused to him. The case was subsequently scheduled for trial.
On the day of trial, Attorney Christopher Perry engaged in further negotiation with the sibling’s attorney in order to attempt to resolve the case. After this additional negotiation, the parties entered into an agreement which provided for the dismissal of both complaints. Through careful analysis of the case and skillful negotiation, we were able to achieve this fantastic outcome for our client. Any charge of Assault can have serious consequences for the person charged. A conviction could result in severe monetary fines and up to ten years in prison. Further, any conviction would show on a background check until the records were expunged, which could take up to ten years from the end of any possible sentence. The outcome in this case was terrific for our client, avoiding all of those possible outcomes.
If you or someone you know is charged with a similar offense, it is vital that you obtain representation from an attorney who not only will fight for the best possible outcome, but who has the skills to get the job done. Contact the Essex County NJ Aggravated Assault Lawyers at the Tormey Law Firm LLC now for immediate assistance at 201-556-1570.