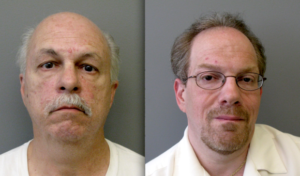 A Newark police captain saw his life’s work in law enforcement irreversibly tarnished after he was caught stealing information from a computer database.

The suspect in the high-profile computer theft case is 62-year-old Anthony Buono, a resident of Millstone Township in Monmouth County, New Jersey. Although Buono lived in Millstone, he worked in Newark as a captain for the Newark police force. And it was in his capacity as a Newark law enforcement officer that Buono gained access to the computer database that is typically used by police investigators during insurance fraud investigations. Buono reportedly took confidential information from the computer database and then gave that information to another Newark police officer, Dino D’Elia, who subsequently sold it to individuals through a private investigation company. According to Essex County authorities, the information was sold at a rate of $100 per computer search – and Buono allegedly accessed the computer database and searched for information more than 900 times before authorities found out about the illegal conduct in 2014.

Both Buono and D’Elia were criminally charged in 2015. The initial charges were for computer theft and conspiracy. The conspiracy charge was filed because two people, Buono and D’Elia, knowingly engaged in conduct which constituted a crime. As set forth by N.J.S.A. 2C:5-2, conspiracy is an indictable felony-level offense and carries severe penalties that include prison time and fines.

The relevant parts of the NJ conspiracy statute read as follows:

In 2014, shortly after Buono and D’Elia were placed under arrest and charged with the felonies, Acting Essex County Prosecutor Carolyn Murray issued a statement about the arrests. Murray said that members of the public “should not have to worry that sensitive information will be illegally accessed” by law enforcement officials. Further, noted Murray, the two defendants in this case had “compromised the public’s trust” by illegally accessing confidential information and then profiting from that breach.

To learn what happened to Buono and D’Elia in the computer theft case, read Part Two of this blog series.