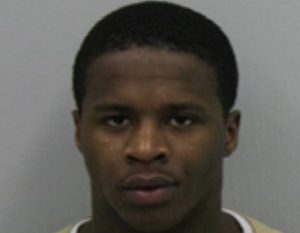 Police in Newark NJ are searching for a man accused of committing numerous robberies in the city.

The suspect is a 19-year-old from Newark, New Jersey. He was reportedly in police custody in Trenton NJ when he somehow got free from his restraints and escaped. According to authorities, Trenton law enforcement was transporting the suspect but lost track of him.

After the suspect escaped from police custody, law enforcement canvassed the area for him. However, police were unable to find the suspect.

If police can eventually apprehend the suspect, he would probably be subject to criminal charges for robbery, theft, and escape from official detention.

Anyone with information about the suspect is asked to call the Newark Police CrimeStoppers tip line at 877-NWK-TIPS or 877-NWK-GUNS.