How do they Determine Bail in NJ? 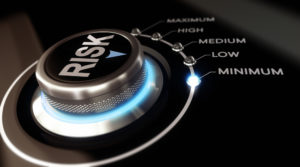 The laws on bail in New Jersey changed significantly with the enactment of Bail Reform. Since then, a person’s ability to post bail doesn’t determine whether or not they get out of jail. Now, specifically designed tools are used to examine a given case and a unique defendant before he or she is released from custody, released with certain conditions, or kept in detention until the case is finally over. Public Safety Assessments (PSA) are used as a risk assessment tool in criminal cases for this very purpose. The test analyzes specific risk factors to determine the level of risk someone poses to the community, as well as the likelihood that they will engage in further illegal activity or violent criminal activity. A PSA also assesses how likely someone will be to fail to appear at their next scheduled court date or trial. Although a critical part of the bail decision-making process, the attorney you choose to have representing you is also a crucial piece of the puzzle.

When you want to get out of jail and don’t want to be stuck in a cell for the next several weeks or months, you need an experienced criminal defense lawyer on your side. Our team aggressively defends clients at bail hearings in Essex County and we are here to help you. Contact us today at (201)-654-3464 for a free consultation about your charges and what happens next.

Any time someone is taken into custody and a bail hearing is scheduled, a PSA will be prepared. This risk assessment tool is used to determine whether you should be detained or released before your first appearance related to the charge. The PSA is rated on a scale from 1 to 6, with one being the best and six being the worst. A score of one tells the Court that you are a low risk of committing another crime and you are likely to appear to deal with your charges at a later time if you are released.

The relevant factors are considered and then plugged into an algorithm to determine your public safety assessment score. Criminal records, particularly if that history involves violent offenses, will have a lot to do with whether you have a good score. While the score is not completely determinative, it plays a big role in whether you will have to be detained or you can be released after you are taken into custody related to a criminal charge. Some of the most common charges that lead to bail hearings in Essex County include:

Factors that Affect the PSA

A PSA considers nine factors. Each one is analyzed and weighed based on relevance to the current charges and the specific defendant in a given case. The following are the factors that will be used to determine if a person is released from jail or kept in custody until their case is resolved:

The PSA will consider whether you fall into three age categories—20 and younger, 21 or 22, and 23 or older. You are classified by age as a first step in the assessment.

If a person attempts or carries out causing physical harm through force or violence toward another person, then the charge is considered a violent one. If the crime is deemed to be violent, then the response to this category is “yes.” Examples like terroristic threats, simple assault, and aggravated assault fall into this category.

Pending Charge at the Time of the Offense

If any other criminal charges are pending at the time the offense occurred, that will be taken into account as well. This charge is separate and apart from the current charge that is being examined.

Although convictions for disorderly persons offenses and indictable offenses are separate categories, they are both considered as part of the PSA. Violent convictions are also distinctly considered as well. Finally, any prior failure to appear charge will also be added to the algorithm as an important consideration. In fact, prior convictions make up four of the nine factors.

Prior Sentencing that Involved Incarceration

If you have been previously in jail or prison for 14 days or more for any offense, that will also be considered in your bail assessment.

Once the factors are all considered, and the algorithm provides a rating, the New Jersey Administrative Offices of the Court will use a Decision Making Framework (DMF) to determine what should be recommended to the Court. Some charges will never include a recommendation of release, such as those for murder, human trafficking, or aggravated sexual assault. Others may have an option for release, but the prosecutor can present evidence to argue for your continued detention. Fortunately, you have the right to have a criminal defense lawyer representing you during bail proceedings.

Your history and unique circumstances will dictate how your PSA will be interpreted, but the court does have some leeway in deciding whether to detain you. Having a skilled and experienced criminal defense attorney can increase the likelihood of your release after a bail hearing. If you have been charged with an indictable crime and have an upcoming court date for bail in Essex County, our experienced Newark criminal defense lawyers can help with the process and use all of our knowledge and skill to argue for your release. Call our local Essex County office today at (201)-654-3464 to learn more about how we can help your loved one at their detention hearing.

What do I do at a Traffic Stop in NJ?