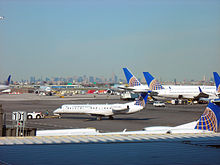 The suspect is a 22-year-old resident of Towaco in Morris County, NJ. According to the Essex County Prosecutor’s Office, the suspect flew to the U.S. from Paris and arrived at Newark Airport around 3:20 p.m. on Wednesday.

After getting off the plane, the suspect attempted to go through a customs checkpoint and was allegedly found to be in possession of a large quantity of codeine. Customs officials reportedly discovered 90 codeine tablets in the suspect’s carry-on bags.

When authorities asked the suspect to provide them with a valid prescription for the cough medicine, she was reportedly unable to do so.

Port Authority cops eventually got involved after being notified by U.S. Customs and Border Protection. Port Authority police investigated the incident and eventually placed the suspect under arrest.

The suspect now faces drug crime charges for illegal possession of a controlled dangerous substance (CDS). If the suspect is ultimately convicted of the drug offense, she would be subject to extreme penalties that include prison time.

To learn more about this case, access the NorthJersey.com article, “Police: Towaco Woman Arrested at Newark Airport with Codeine.”