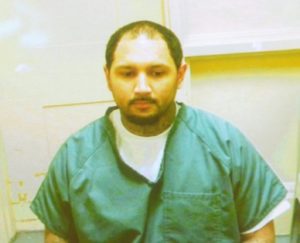 A Bloomfield New Jersey man was placed under arrest and charged with weapons offenses and drug crimes after being stopped in Kearny, NJ.

The suspect is a 25-year-old resident of Bloomfield, NJ. According to law enforcement, he was driving on a road in Kearny when a patrol officer saw him commit a traffic offense by driving with a broken taillight. The police officer subsequently pulled over the suspect’s motor vehicle.

While talking to the suspect, the Kearny cop allegedly smelled marijuana coming from the car.

A later search of the suspect’s vehicle allegedly turned up marijuana and prescription pills in a compartment. Additionally, police also allegedly found a gun concealed in a plastic bag on the backseat.

Police arrested the suspect and took him to Kearny police headquarters for processing.

According to authorities, the suspect was prohibited from owning or carrying a handgun because he has prior convictions for violent crimes that include aggravated assault.