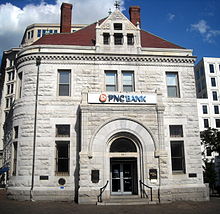 Police in Orange NJ recently killed a suspect in a bank robbery.

The fatal police shooting occurred just after 5:30 p.m. in the area of the Orange train station in Orange, New Jersey. Essex County Sheriff’s Office detectives were investigating illegal drug transactions in the neighborhood when they received word of a robbery at the PNC branch located on Main Street.

Detectives headed toward the bank and encountered the suspect near the train station. When police identified themselves as cops and instructed the suspect to put down his weapon, he allegedly refused their commands.

At least one Essex County officer opened fire on the suspect. The suspect sustained a gunshot wound and was taken to University Hospital in Newark, NJ. Doctors at the Newark medical facility were unable to save the suspect’s life; he was pronounced dead roughly 45 minutes after being shot.

Police officers reportedly seized a handgun that the suspect dropped at the site of the shooting, as well as money that had been stolen from the bank.