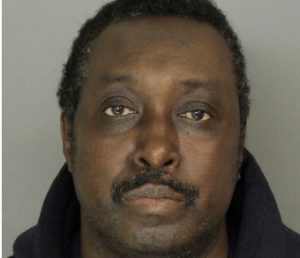 A corrections officer in New York City was recently arrested and charged with aggravated assault after he allegedly pointed a gun at two men during a violent altercation in Newark, NJ.

The suspect is an NYC Department of Correction officer and lives in the Bronx, New York. He was reportedly about to retire from the law enforcement agency just a few days after the incident.

Newark police officers were on patrol in the area of South 18th Avenue and Winans Avenue in Newark NJ when two people hailed them. The Newark NJ cops investigated and learned that the suspect had been accused of brandishing a handgun and pointing it at a couple of motorists. The violent incident reportedly stemmed from a traffic dispute.

Newark NJ police officers pulled over the suspect’s car and allegedly found the handgun inside the motor vehicle.

The suspect was placed under arrest and charged with two counts of aggravated assault.

A spokesperson for the New York City Correction Department later issued a statement about the arrest and said that the agency “has zero tolerance” for any employees who commit criminal offenses.