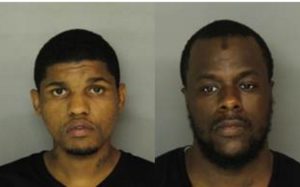 A major drug crime investigation by Newark NJ law enforcement culminated in the arrests of 43 people.

Over the course of a single week, Newark detectives executed search warrants and arrested 43 people who were allegedly selling illegal narcotics.

Newark NJ cops also allegedly seized six firearms, including two rifles and one shotgun, and more than $5,100 in cash believed to be proceeds of drug sales.

Newark law enforcement also issued a press release about the drug arrests and seizures and stated that the police operation “is aimed at removing guns and drugs from our streets while enhancing the quality of life for residents.”