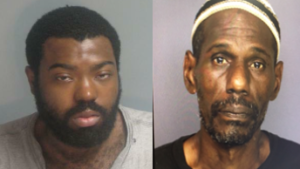 Newark NJ detectives investigated the burglaries and eventually captured the suspect. He was subsequently charged with six counts of burglary and multiple counts of criminal mischief, theft of movable property, and possession of burglary tools.

Newark detectives apprehended the burglary suspect and charged him with six counts of burglary and single counts of possession of burglary tools and receiving stolen property.

For additional information about these cases, access the NJ.com article, “2 Suspected in Series of Newark Burglaries Arrested.”