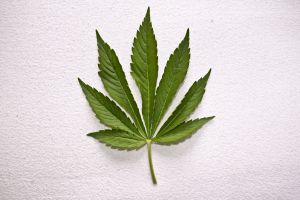 Some NJ state senators are suggesting that New Jersey should be the next state to legalize marijuana.

Senator Nicholas Scutari, a Democrat from Union and chairman of the NJ Senate Judiciary Committee, told reporters that New Jersey should “legalize it, regulate it and tax it.” The “it” he is referring to is marijuana.

The Senator now plans to introduce a bill which will legalize marijuana, not decriminalize it.

According to an unscientific NJ.com Poll, more than 85 percent of NJ residents agree that marijuana should be legalized for recreational use.

Many New Jersey pundits have also climbed onto the legalization bandwagon after reports that Colorado “expects to collect nearly $70 million in tax revenue from pot sales this year.”

This surge in pleas for legalization may have been sparked by Governor Chris Christie’s “State of the State” Speech. On January 21, Governor Christie called for reform of New Jersey’s failed war on drugs.

This call for reform is a remarkable departure from Christie’s previous statements. Back in early 2013, Christie expressed concern about a bill that would have allowed minors with specific ailments to use medical marijuana. Christie invoked a “slippery slope” argument, asking where the exemptions for marijuana use would end.

Under current New Jersey law, simple possession of marijuana (under 50 grams) is a disorderly persons offense, punishable by up to 6 months in jail. The fact that these stiff penalties still remain on the books suggests that New Jersey’s zero tolerance policy on drugs might not be going away anytime soon.

For more information on the proposal to legalize marijuana in New Jersey, read “N.J. Legislator Proposes Legalization Of Marijuana Use for Those Over 21.”