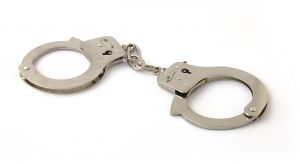 In addition to calling for stricter monitoring of offenders, the bill also provides for victim notification.

The bill has been dubbed “Lisa’s Law.” The title is in remembrance of Letizia Zindell of Toms River. Zindell was murdered on August 13, 2009 by her former fiancé, Frank Frisco. The murder occurred a day after Frisco was released from jail for violating a restraining order that Zindell had filed against him.

The new provisions of “Lisa’s Law” are aimed at individuals who have violated restraining orders. Once an individual has been arrested for a second time for contempt of a domestic violence restraining order, police will have the power to request a hearing to determine whether the violator should be placed on electronic monitoring.

The monitoring system, which will utilize a Global Positioning System (GPS), can track the offender so that the victim remains safe. Most importantly, both the police and the victim will be automatically notified when the offender is within a certain proximity of the victim.

Additionally, tampering with one of these GPS tracking devices will be a third degree felony, punishable by a term of imprisonment of 3–5 years in New Jersey State Prison.

For more information, see the full text of “Lisa’s Law.”