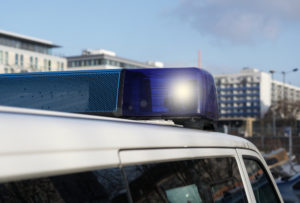 When most people think of domestic violence, they think of physical abuse. However, the definition of domestic violence under New Jersey law is much broader than that. Domestic violence also includes verbal or mental abuse and can include damage beyond anything done directly to a person, including property damage. Here is how criminal mischief qualifies as a domestic violence offense in New Jersey and what you may face in terms of criminal punishments and a restraining order if you are accused of this offense. To speak with a knowledgeable domestic violence defense lawyer in Essex County, call our firm at 201-654-3464 or fill out our convenient online form.

What is Criminal Mischief?

Criminal mischief includes damaging another person’s property either intentionally, knowingly, or recklessly. Some make the mistake of assuming that the definition only applies to the use of fire, explosive or “other dangerous means.” However, it is broader than just the use of fire; it also applies to “tampering” with property in a way that endangers a person or property. The penalties for criminal mischief vary based on the amount of damage inflicted in a given case. That is, if the damage is more than $500, then it is a crime of the fourth degree. If the loss is over $2,000, then it is a third degree crime. A fourth degree crime is punishable by up to 18 months in prison and a fine of up to $10,000. By contrast, a third-degree offense could come with prison time of up to five years and a fine of $15,000.

Not all criminal mischief crimes will be considered domestic violence, but when the offense is committed against certain categories of people, it may be classified as domestic violence. The victim must have a specific relationship to the person accused, such as a spouse (regardless of whether they are currently in a relationship or divorced), any romantic partner, and any person who either currently or used to live with the accused. Parents of a common child can also have a connection that triggers a domestic violence charge.

A restraining order can be issued against those who are accused of domestic violence in New Jersey. Such an order will restrict your contact with the other person and may also bar contact altogether with their friends or relatives. In addition to filing a restraining order, the victim can choose to press charges for the underlying criminal act, which in this case, is criminal mischief.

What Happens when Criminal Mischief Occurs as Domestic Violence in NJ

The overlap between criminal mischief and domestic violence is sometimes obvious, such as when an angry ex-partner uses a baseball bat on your car. However, it can also be less straightforward as well. For example, one case arose when a husband and wife had a heated fight about the volume of the wife’s music she was playing. The husband deliberately poured juice on her speakers and then threw them in the toilet, destroying them. This type of act was clearly criminal mischief because of the damage to the wife’s property. However, the husband then went on to break down a door where the wife and their child were located. The door frame splintered, and the door was damaged. The question of whether criminal mischief occurred there was slightly more complex because the husband and wife jointly owned the home. Nonetheless, the New Jersey Appellate Division decided that the harm to the door was still considered criminal mischief. A restraining order was issued in that case.