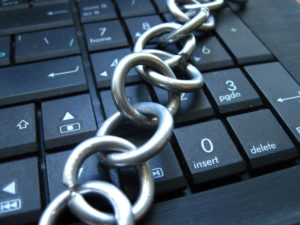 In 1989, an eleven-year-old child from Minnesota, named Jacob Wetterling, was abducted by a stranger and sadly, went missing for 27 years. Eventually, his health was confirmed after his remains were found in 2016. In response to this sad story, a federal law called The Jacob Wetterling Crimes Against Children and Sexually Violent Offender Registration Act was enacted which required the States to form registries for individuals who were convicted of crimes against children and convicted sex offenders. Under the Jacob Wetterling Act, the States had discretion whether they would provide the registrant’s information to the public. However, it is very important to note, the States were not legally required to disclose the information.

Then, in 1994, a seven-year-old girl named Megan Kanka, who lived in Hamilton, New Jersey was tragically raped and murdered. The horrible offenses were committed by a neighbor named Jesse Timmendequas, who had two prior sex assault convictions for crimes involving children. After learning about the perpetrator’s past, Megan’s parents fought for legal changes that would require mandatory dissemination of a person’s background if they are a registered offender. The parents strenuously argued that the discretionary disclosure requirements under the Jacob Wetterling Act were simply not enough. If they were adequately informed about their neighbor’s past, they argued, their daughter may be alive today.

In response to the horrible acts and plea from the parents, New Jersey’s lawmakers passed a seven-bill collection of new rules known as Megan’s Law, which required sex offender registration to be made public. The New Jersey law became an example of what would become the federal government’s policy as well, when on May 17, 1996, President Bill Clinton signed a bill amending the Jacob Wetterling Act, which in turn, created a federal Megan’s Law statute. The new federal law required all States to establish offender databases. Additionally, the information included in the database must be disclosed to the public.

Crimes that Qualify under Megan’s Law in New Jersey

New Jersey’s Megan’s Law statute set the federal standard and became a model for the rest of the country to follow. The statute itself can be found under N.J.S.A. 2C:7-1, et. seq., and according to its provisions, any person who was convicted as an adult or juvenile, or was found not guilty by reason of insanity of a sexually based offense must register as a sex offender. The law goes on to detail what offenses require registration. Specifically, under N.J.S.A. 2C:7-2(b), an individual is obligated to register if he or she committed or attempted to commit one of the following offenses:

The registration list is broken down into three separate tiers: Tier I, Tier II and Tier III. The first tier consists of the least dangerous individuals and thus, only law enforcement is required to be notified. The second tier is designated for moderate risk defendants and expands the notification to police, schools, and other community organizations likely to encounter the offender. The third and final tier is for high-risk individuals and as a result, the scope of the notification is even more expansive and includes law enforcement, schools, camps, daycare facilities, and any other member or group of the public likely to encounter the registrant.

A few months before a person is released from incarceration, the Prosecutor’s Office will provide a tier recommendation to the Court. The recommendation is based upon the Registrant Risk Assessment Scale or, in the case of a juvenile, the Juvenile Risk Assessment Scale. The purpose of the Assessment Scale is to ensure that the Prosecutor’s Office is supplying objective and uniform recommendations. It is unfair to the registration and the general public if certain prosecutors or counties are proposing that certain offenders be classified as a Tier II while almost identical defendants in different counties are being labeled as Tier III. Thus, in order to secure fair and consistent tier designations, the State must utilize the Assessment Scales when making their proposals to the Court.

The Assessment Scales consist of several factors pertinent towards determining the level of risk a particular defendant poses to the public. The factors include the defendant’s criminal’s record, the nature of the underlying charges, the results of any evaluations, whether the individual underwent treatment, whether the registrant will respond well to further treatment, the relationship between the victim and the offender, the age of the victim, were there any behavior issues while incarcerated. Furthermore, each factor is assigned a set of points. The more points a registrant receives, the higher their tiering classification will be. If the offender scores between 0 and 36, he or she will be assigned to Tier I. If the registrant receives a score between 37 and 73, they will be designed under Tier II. Lastly, if the defendant receives a score higher than 74, he or she will be classified under Tier III.

An individual has the right to challenge their Tier Classification. Moreover, there are three accepted manners to potentially lower the assignment. One, the registrant may argue that the Registrant Risk Assessment Scale score was erroneously calculated. Generally, for this type of challenge, the defendant is trying to assert that certain factors do not apply to their case and thus, certain points should be subtracted from their overall score. Second, the offender may also claim that his or her case falls outside the “heartland” of Megan’s Law cases. For this particular argument, the defendant is not necessarily objecting to the calculated score but rather, trying to introduce other relevant evidence about their case that was not considered by the Assessment Scale.

Our system acknowledges that human beings and these types of matters are very complex. Likewise, it is virtually impossible to create a scientific device that could accurately determine the complexity of human emotion and recidivism. As such, an individual can bring to the Court’s attention other factors and evidence to help guide the Judge in making a more fitting Tier Classification. And lastly, the third challenge is opposing the extent of the proposed community notification. For this challenge, the registrant is attempting to argue that the score of the notification is excessive and informs too many members of the community.

Let us Help if You Have a Megan’s Law Case

If you or someone you love is facing criminal charges subject to Megan’s Law or is seeking to challenge their Tier Classification, please contact our local Newark law office for personalized guidance and further information. We offer consultations absolutely free of charge and our experience handling Megan’s Law defense and challenges can serve as a vital resource to you when your life is on the line. Call 201-654-3464 for immediate assistance.