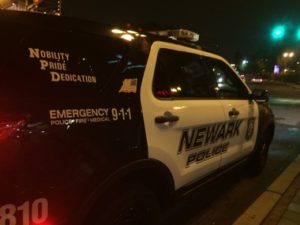 The drug crime arrests were made over a period of four days. The Newark Police Department opened an investigation and conducted drug raids after receiving complaints about illegal drug activity at locations throughout the city.

Police also arrested a total of eight people who were allegedly selling drugs or buying drugs.

The first three suspects were arrested after Newark NJ detectives allegedly observed two of them selling heroin to the third person on Brunswick Street. All three suspects are from Newark, New Jersey.

The fourth suspect was arrested on Ridgewood Avenue after Newark cops allegedly saw him carrying 74 decks of heroin and attempting to sell the illegal narcotics. He was charged with multiple crimes, including possession with intent to distribute heroin and resisting arrest.

Two more suspects, both from Newark NJ, were arrested on suspicion of distributing cocaine and distributing heroin.

The last two suspects were placed under arrest on Frelinghuysen Avenue shortly after police officers reportedly saw them attempting to deal cocaine and heroin.

For further information about this case, view the NJ.com article, “Newark Cops Arrest 8, Seize Heroin, Cocaine and Cash in Series of Busts.”