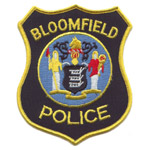 A Newark NJ man is claiming that he was racially profiled by Bloomfield police several times during the past few years.

It has been alleged that the man was recently pulled over while driving in Bloomfield, New Jersey and that the traffic stop was initiated because he is a minority. When the driver spoke with police, he was reportedly told that they pulled him over because he had a burnt-out headlight on his vehicle.

At some point during the traffic stop, the Bloomfield police officers claimed that they detected the odor of marijuana coming from the car. When Bloomfield cops searched the car, they allegedly found a small amount of marijuana. The driver was subsequently arrested and charged with simple possession of marijuana.

The man vehemently denies that he had marijuana in his vehicle. He also claims that he is not the only minority to be targeted and racially profiled by Bloomfield NJ police.

The 24-year-old man, who resides in Newark, NJ, is now looking to obtain records to back up his allegations of racial profiling by the Bloomfield Police Department. The request will be ruled on in Bloomfield Municipal Court.

The Bloomfield Police Department has actually come under intense scrutiny recently, with Seton Hall University releasing the results of a study showing that Bloomfield patrol cops have disproportionately targeted black drivers and Latino drivers. Bloomfield police countered that the study was flawed and that the results should be disregarded.

The recent racial profiling allegations also come on the heels of a racial profiling lawsuit filed by Marcus Jeter, who alleged that he was railroaded by Bloomfield police in 2012. After a police dashcam video showing officers violently assaulting Jeter was made public, the police officers were sentenced to prison time for making false statements about the arrest.