The vast network of highways across New Jersey serves as a prime location for arrests, many of which involve weapons. 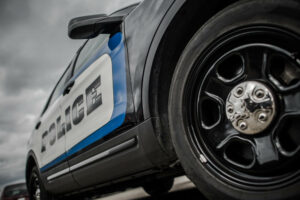 New Jersey’s major highways run in all directions throughout the state. The toll roads, like the New Jersey Turnpike, Garden State Parkway, and Atlantic City Expressway, link municipalities across New Jersey and give New Jersey access to nearby states, like New York and Pennsylvania. Besides numbered interstates that run through the state, New Jersey’s state county routes permeate the state, some running short distances and others long, and feed into the main highways. For example, U.S. Route 9 runs across the state, connecting New Jersey to New York and Delaware, the longest route in New Jersey. The interstate highway system carries nearly one-fourth of all New Jersey travel, and Interstate 95 along the Eastern coast is the most traveled highway in the state. When officers stop a vehicle along these populated interstates and state roadways for speeding, illegal lane changes, and other moving violations, they may discover weapons in the course of the interaction.

Interstate 295 and 76 run through Camden County and connect with Route 10 to access Essex County, two counties with high gun-related crimes. Unlawful gun possession and illegal transportation of a firearm in vehicles are two crimes frequently found along major highway routes. Unlawful possession of a handgun, for example, is a second degree crime that can land you in state prison for five to ten years. Possessing a rifle or shotgun illegally is a third degree crime, but it is also illegal to carry BB guns, pellet guns, and air guns without a permit. If convicted, you face three to five years in prison. Thus, if a police officer stops you for speeding or drunk driving along Route 9, they may discover ammunition or firearms in your car or on your person upon arresting you. Quickly, your drunk driving or other municipal court traffic violation turns into a different superior court indictable crime.

Your troubles could multiply if you are traveling with a firearm in your vehicle unlawfully. New Jersey residents may transport firearms between two places where it is legal to have a gun. For example, you could possess a gun at home and your business. As such, if your firearm is in the vehicle, unloaded, locked in a fastened container, gun lockbox, tied package, or locked in the trunk, separate from the locked-up ammunition, you break no laws regarding transporting a firearm. However, you need a permit unless you are a licensed firearm dealer delivering merchandise to your business. Or you carry guns to the shooting range or hunting grounds. And you may take your firearm from home to your business or from your business to your home. So long as you take no detours, other than for gas, food, restroom, or medical emergency. Otherwise, your firearm possession is likely illegal.

Repercussions for Illegal Possession of Firearms on NJ Roads

It is a third-degree crime to illegally possess a shotgun or rifle and a second-degree crime for a handgun. It is also a second-degree crime to purchase or have a firearm intended for an illegal purpose, like committing a crime against a person or their property (N.J.S.A 39-4(a)). In addition, for serious crimes, like kidnapping or robbery, you face mandatory minimum sentences of 85% of your sentence under the No Early Release Act (NERA). And when a search of your vehicle yields prohibited weapons, like sawed-off shotguns, silencers, defaced firearms, assault weapons, or other illegal weapons, you face varying degrees of criminal charges, depending on the weapon. A fourth-degree crime, for instance, carries an 18-month prison sentence.

In addition to lengthy prison sentences, you could be fined enormous amounts, depending on the crime. For example, second-degree crime fines can go as high as $200,000.00 and a fourth-degree offense as high as $10,000.00. In addition to fines and prison, certain gun crimes fall under the Graves Act (N.J.S.A. 2C:43-6). For example, guns kept or obtained for illegal purposes, unlawful possession of a handgun, possession of a prohibited weapon, or committing a violent crime with a firearm in tow are subject to Graves Act provisions. Graves Act offenses require a convicted individual to serve one-half of their sentence or three and a half years before becoming eligible for parole for first-, second-, and third-degree crimes. And the mandatory minimum incarceration period is 18 months.

How to Avoid Prison for a Weapon Charge in New Jersey 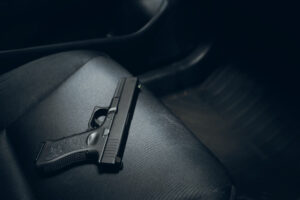 However, an experienced gun attorney could help you obtain a Graves Act waiver if you have no prior firearms charges, a clear record before your gun arrest, and the waiver serves the interests of justice (N.J.S.A. 2C:43-6.2). If it is your first crime, you may only get a one-year mandatory minimum sentence and spend a year in prison, but if your attorney successfully obtains the waiver, you may get even less time. However, waivers are not easy to get. New Jersey punishes gun crimes severely with NERA and Graves Act legislation. Thus, where other crimes may end in a plea bargain, those with mandatory minimum sentences are difficult to plea bargain for less prison time. Moreover, unless you are a cooperating witness with the prosecutor’s office or the prosecutor confesses in open court that their case against you is unsupported, you cannot deal with the prosecutor for a lesser sentence.

And though Pre-trial Intervention is an option for most first-time offenders, that is not necessarily the case with Graves Act offenses, especially for second-degree crimes. However, a criminal defense attorney who has successfully gotten their client Pre-trial Intervention rather than prison may help you get into the program. So, if you are an out-of-state gun owner and did not know the laws in New Jersey, you may get a break. If you did not expose others to harm and have no other gun charges on your record, especially if you cooperated with the police in surrendering your firearm to the police, you may convince a prosecutor to allow you to apply to the program.

If your arrest involves gun charges, you want to hire the best gun lawyer to defend you and ensure you get the best possible outcome. Any type of situation involving any type of weapon should be carefully handled. If you’ve been stopped and charged with unlawful possession or transportation of a weapon, you face severe consequences for your record, your wallet, and your day-to-day activities. You may even be looking at prison requirements that can be difficult to circumvent.

If you have been charged with a firearm or another weapon while traveling on a highway, you need to speak to a seasoned criminal lawyer as soon as possible to explore your options and the steps moving forward. Our firm serves clients facing weapons-related charges in Fairfield, Livingston, Nutley, Caldwell, Newark, Bloomfield, Montclair, Maplewood, Millburn, and the greater Essex County area. Call 201-654-3464 to receive a free consultation, talk to one of our criminal defense lawyers, and prepare to best handle your case.