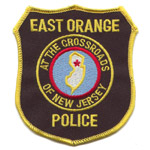 Need a lawyer for a restraining order case in Essex County? We can help.

It was important for the client to contest the restraining order because it would become permanent if it was granted. The client enlisted the services of the Tormey Law Firm to help his challenge the restraining order. Mr. Perry began his defense by negotiating a disposition with the alleged victim’s attorney. As a result, the plaintiff agreed to dismiss the restraining order, while both parties entered into a consent agreement known as “civil restraints.” This meant that the parties agreed to not have any further contact with each other. Crucially for the client, a civil restraint is not the same as a restraining order. For example, the client avoided being fingerprinted and placed in a database for domestic violence offenders. Moreover, he was not barred from owning firearms in the future.

While negotiating an agreement with the plaintiff, Mr. Perry also got her to agree to drop the harassment charges in East Orange Municipal Court. Although it is generally up to the State to decide whether to drop criminal charges, NJ prosecutors will often decline to proceed with a case when an alleged victim does not want the case to go forward.

Thanks to Mr. Perry, the client avoided being slapped with a Final Restraining Order and kept his record clear of a criminal conviction. This was an extremely positive outcome for the client and a big win for the Tormey Law Firm.