Use or Being Under the Influence of Drugs

Newark NJ Being under the Influence of CDS Lawyers

Charged with being under the influence of drugs in public in Essex County NJ? 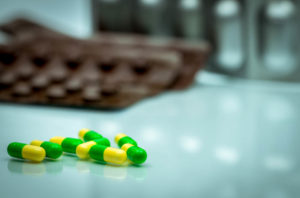 The impact associated with a charge of being under the influence of a controlled dangerous substance can be severe if not handled properly.  It is important to have a zealous advocate fervently defend against and safeguard your rights against drug charges for N.J.S.A. 2C: 35-10(b) if they happen to you in New Jersey. When looking for a criminal defense attorney, you need to find a law firm that has handled countless cases like yours. Here at our criminal law office in Newark, NJ, our lawyers handle numerous drug cases daily. If your being under the influence of drugs charges arose in Montclair, Bloomfield, Short Hills, Berkeley Heights, West Orange, Newark, Nutley, or another town in Essex County, we can help. When you enlist our firm for your defense, you can rest-assured that your attorney will be responsive, concentrated on criminal law, experienced in the local courts, have a strong reputation in the area, and be competent in all aspects of your legal issue. There are many different facts, situations and scenarios involved when it comes to drug offenses but we are eager to take your case and strive for the best results. Get honest answers and advice from an experienced criminal defense lawyer practicing all over Essex County, New Jersey by contacting us today. You can receive a free consultation anytime, day or night, by calling (201)-654-3464 or requesting a free consultation online. A member of our staff is available right away to assist you.

Physical reactions to different forms of controlled dangerous substances may include, but are not limited to: enlarged pupils, bloodshot or glassy eyes, increased energy or lethargy, drowsiness, slurring speech, loss of balance, sweating, chills, increased heart rate and blood pressure.  While some psychological effects include: paranoia, psychosis, and distortions of reality. Additionally, officers may be permitted to request from the accused a blood or urine sample.  If one voluntarily submits to the test then a sample will be sent out to the State lab. If you refuse to consent, there may be a warrant for the blood and/or urine specimen.

You may have available defenses that you can use for your being under the influence of drugs in public charge. For instance, if you have been prescribed a prescription drug by a medical professional you may be able to refute these charges.  If that is the case, you may be able to provide a copy of a letter from your doctor indicating the medications you have been prescribed and common side effects of such.  Each matter should be viewed on a case-by-case basis.  Therefore, it is important to discuss this further with an experienced criminal defense attorney who can examine what options are available in light of your situation.

Also, if this is your first offense, you may be eligible for entry into the Conditional Discharge Program. Conditional Discharge is a first-time offender program offered by the Court for minor drug charges and allows for one-time participation in the program. The time period for this program is usually around 6 months to one year.  Following the completion of this program, the matter is dismissed.  If for any reason, however, you do not comply with the Conditional Discharge program’s conditions, a warrant may be issued and attached with a monetary fine. For the Court to remove the warrant, you will need to appear and you may need to be prepared to pay the fine immediately. However, if you hire experienced counsel, your attorney may be able to facilitate this with the Court so that you can have the monetary fine waived for the warrant, go on a payment plan, and potentially avoid arrest if the matter is properly handled. This may require your lawyer to address the reason for warrant, provide appropriate defenses if available, and more.

Commonly, general deterrence and imprisonment with regard to certain drug offenses is used as an attempt to prevent the community at large from committing drug crimes, while specific deterrence is used to prevent a defendant from engaging in illegal activities. Experienced attorneys on our criminal defense team will comprehensively review and understand the circumstances leading to your charges. We will advocate to minimize your penalties, attempt to safeguard your freedom and review all of the evidence involved in your case to ensure everything leading up to your charges was legal. Contact us at (201)-654-3464 if you would like to speak with an attorney about being under the influence of drugs charges in New Jersey, including in Livingston, South Orange, Cedar Grove, Belleville, Caldwell, or Millburn. We offer 24/7 free consultation so that you understand the fines, penalties and costs at hand in order to fervently defend against your charges and to start your defense today.